Chase the Moon with VistaJet: Top five exquisite journeys to celebrate in 2022 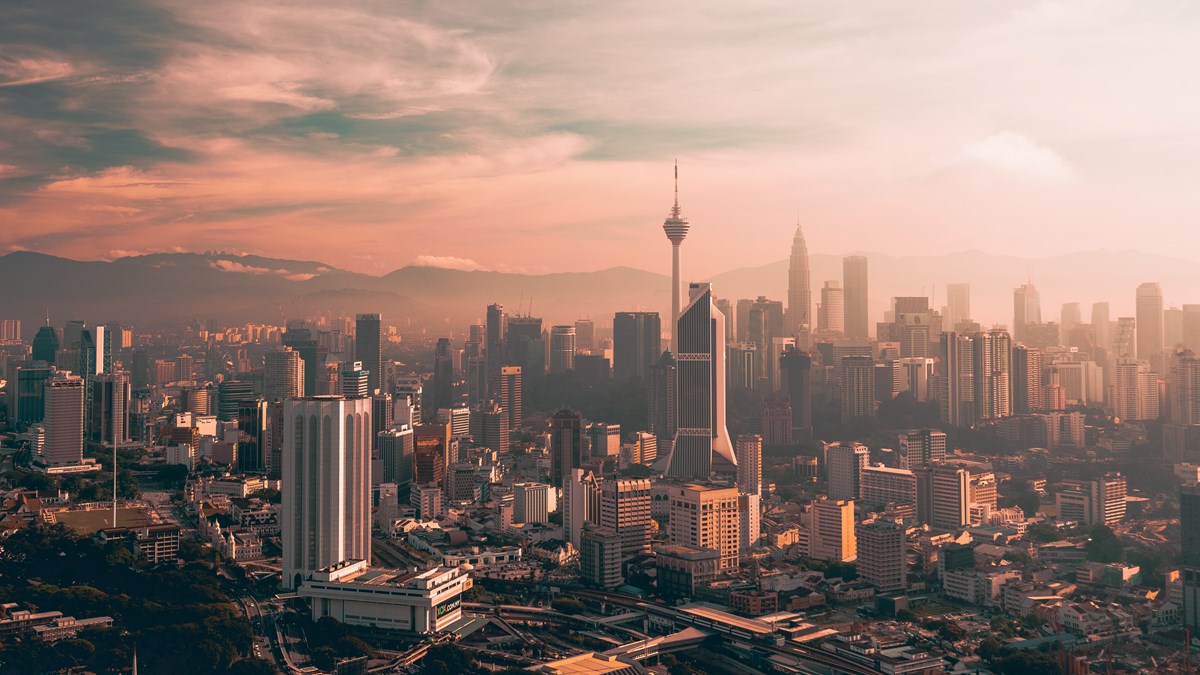 The full moon brings a layer of magic and mystery that fascinates mankind. VistaJet, the first and only global business aviation company, presents its top five unique full moon experiences not to be missed in 2022.

There are numerous full moon rituals across different cultures, with many celebrating the joy of family reunions. VistaJet Members can make unforgettable memories with once-in-a-lifetime adventures across the globe to mark the upcoming Chinese Mid-Autumn Festival. These experiences cover a range of fascinating destinations – from bespoke staycations in China and learning the ancient traditions of Japan, to exploring the extraordinary natural wonders of Southeast Asia and discovering the myth of Greek Oracles and the incredible civilization of the Incas.

with The House Collective 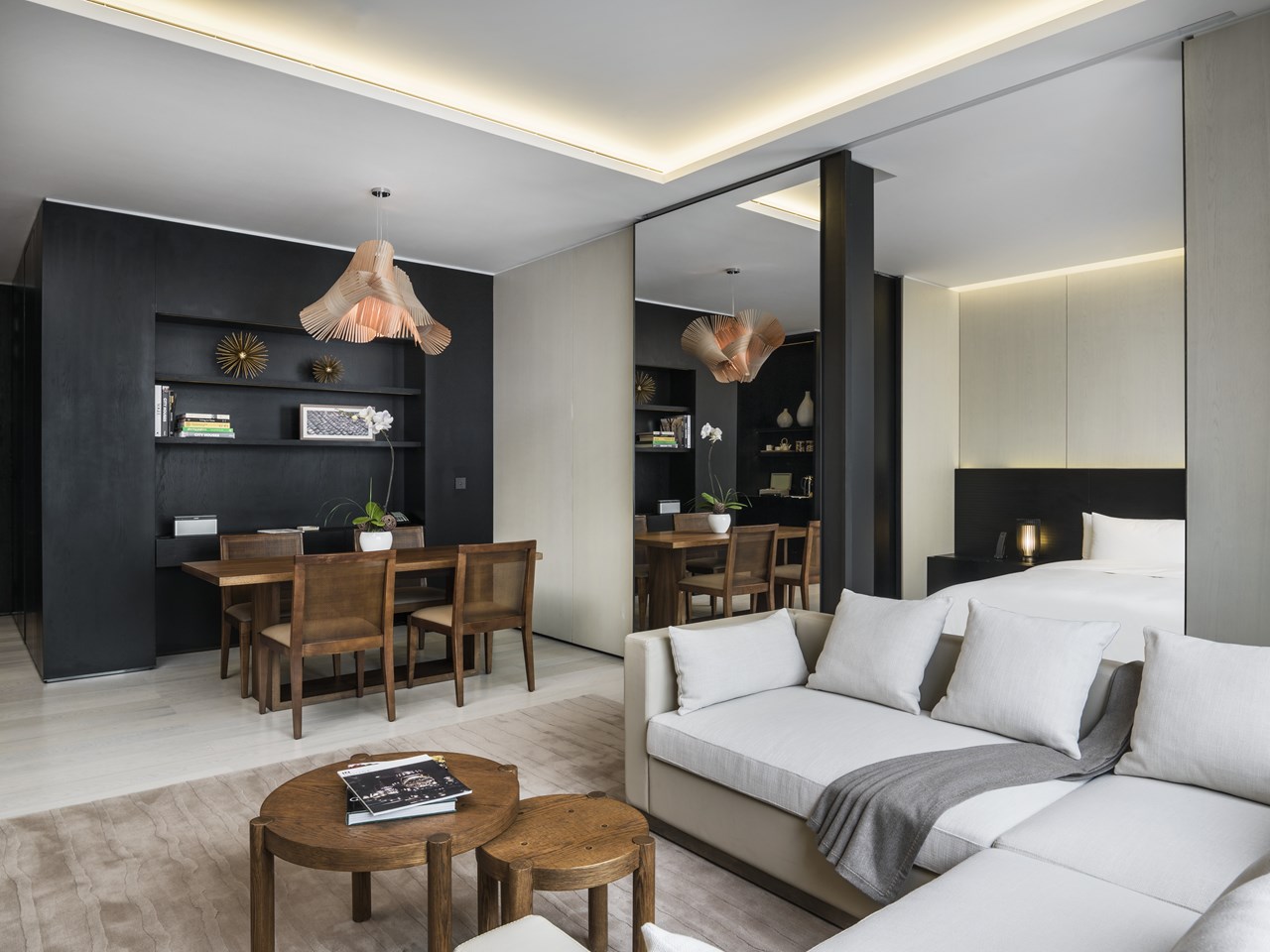 To celebrate the Chinese Mid-Autumn Festival, VistaJet is moving from the air to the ground with a series of luxurious staycations enriched with tailor-made hospitality from The House Collective — a group of refined, highly individual properties that defy comparison, with The Opposite House in Beijing, The Upper House in Hong Kong, The Temple House in Chengdu and The Middle House in Shanghai. From exquisite seasonal menus to private wellness experiences, make your Mid-Autumn Festival shine this year. Mooncakes are a signature delicacy of the festival, and The House Collective will curate unique mooncake pairing experiences tailored to the preferences of VistaJet Members — including a cocktail masterclass experience with the mixologist from Salisterra at The Upper House. These experiences are designed to complement and enhance the flavors of this year’s mooncakes while enjoying expertly mixed tipples.

With a Michelin-starred restaurant at The Opposite House in Beijing, Chengdu Panda Base and culture tours with The Temple House, along with an intimate sanctuary at The Middle House in the heart of Shanghai, pleasures abound at The House Collective.

The Oracles in Greece 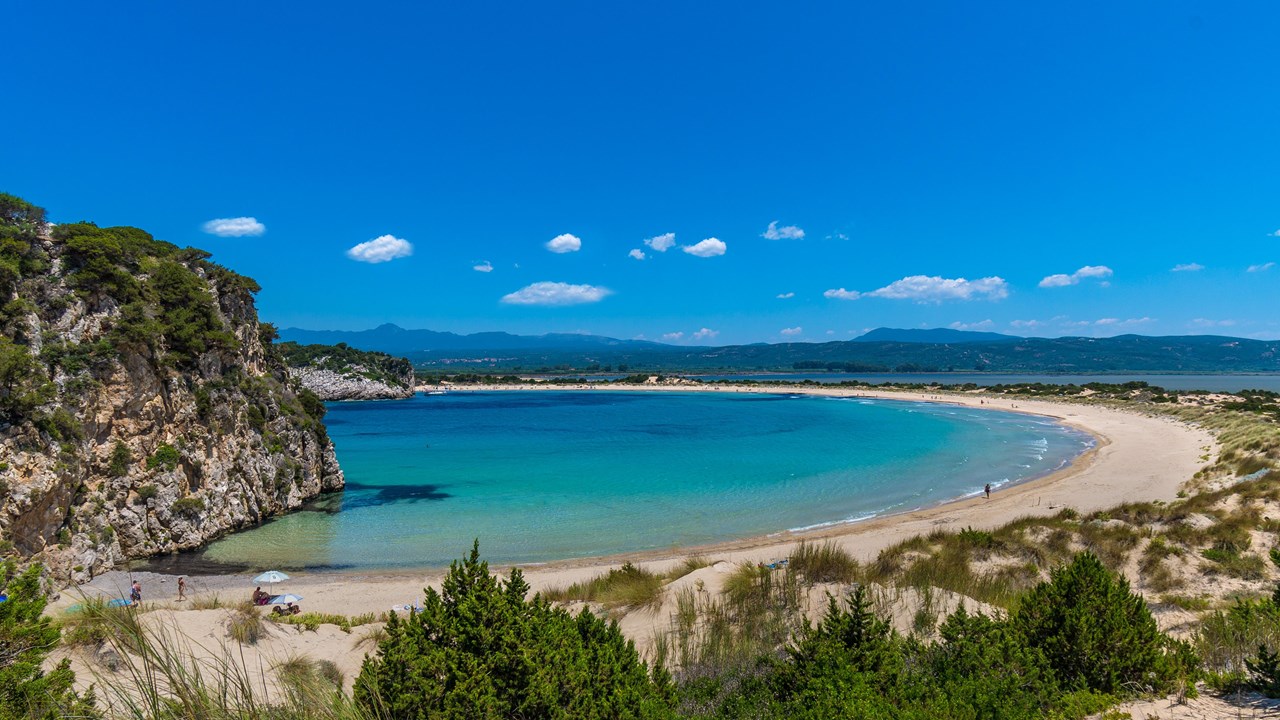 A magical and thrilling adventure under the auspice of Selena, the goddess of the moon, where history blends with mythology and astronomy, designed as a journey of initiation into the ancient divinatory arts.

This bespoke two-week trip by land and sea across the Greek regions of Epirus, Peloponnese and Attica takes VistaJet Members to walk in the footsteps of the Greek gods, heroes and historical figures like Homer, Pythia the priestess of Delphi, Aristotle, and more. Alongside archaeologists, historians and artists, visit places not accessible to the public, museums, historical sites, and even see the gates to the underworld.

Through exclusive visits and private gastronomic experiences, guests share an incredible journey ending with a private artistic performance in a UNESCO site where ancient Greek and Chinese poetry and divination come together under the full moon. Key destinations include Athens, Ioannina, Corfu, Nafplion, Porto-Heli and Epidaurus.

In Search of the Lost City of the Incas 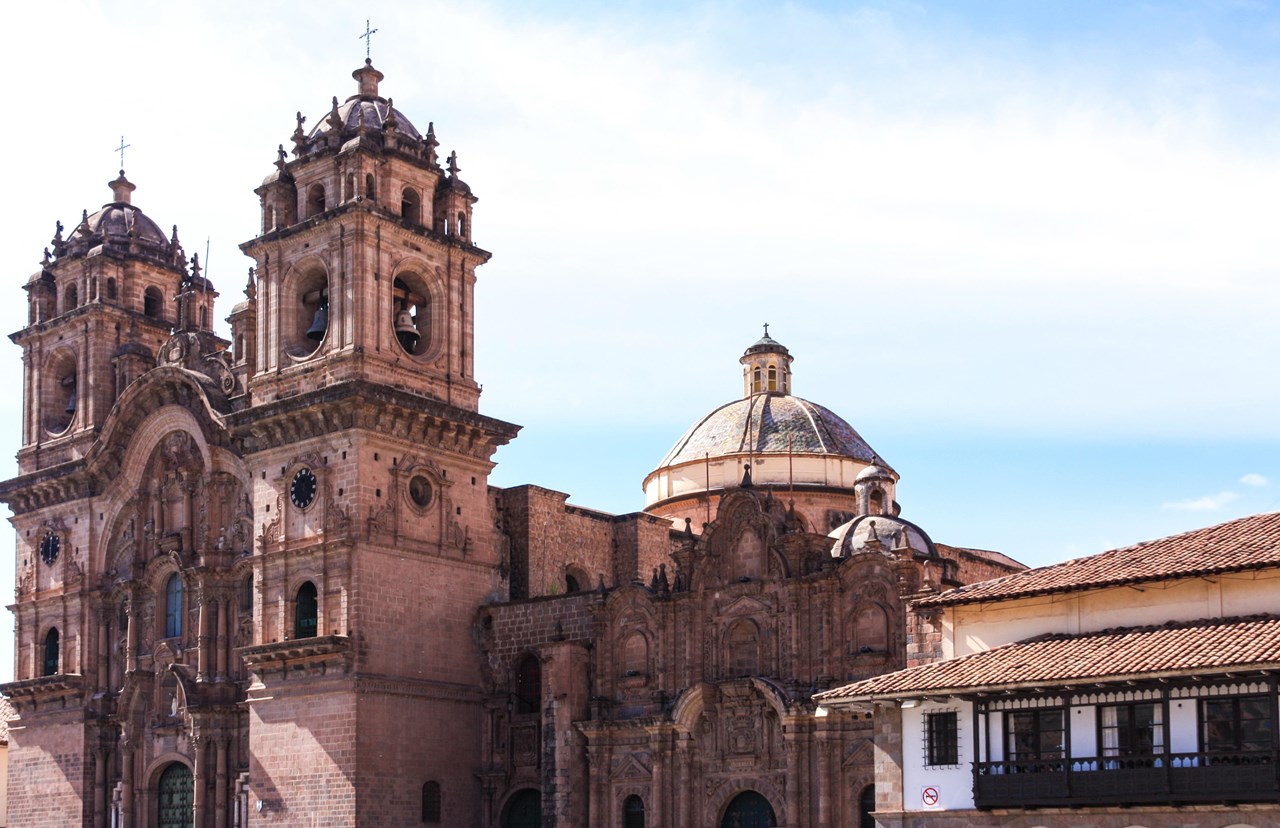 Embark on an awe-inspiring adventure to discover the Inca civilization, the largest empire in pre-Columbian America, from the origins of their empire to their annihilation by the Spanish conquistadors in 1572. During this three-week journey in search of the Lost City of the Incas, VistaJet Members will discover the civilization from which the Incas descended, the remains of the empire and other incredible sites including the rainbow mountain, the mummies of Arequipa, the condors of Colca Valley and the mysterious Nazca lines. Other exciting activities include flying over the Sacred Valley of the Incas in a hot air balloon, diving into Lake Titicaca, accessing secretive historical places, and sharing an extraordinary display of Chinese lanterns in Machu Pichu under the full moon with your family.

In Pursuit of the Moon Queen 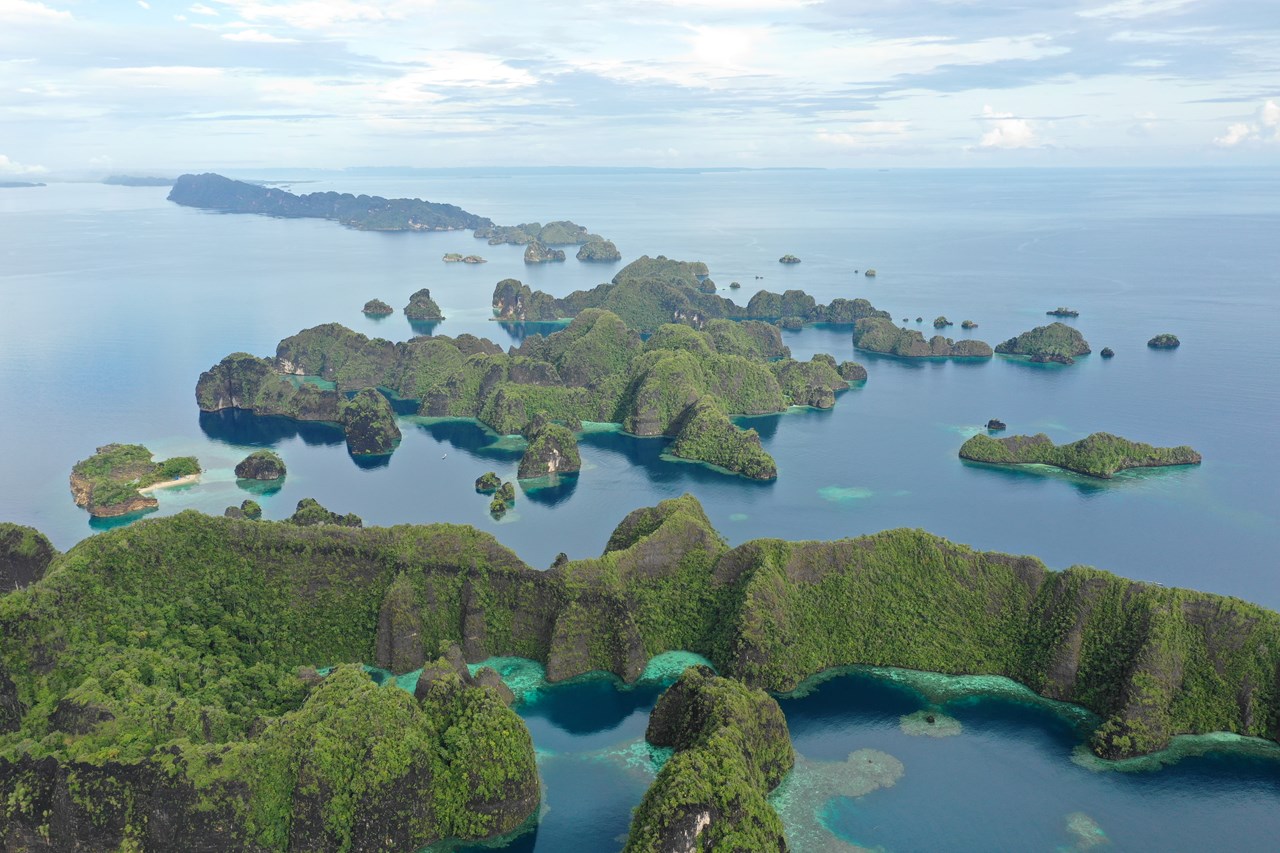 From the cultural melting pot of Kuala Lumpur and the small chain of volcanic islands rising out of the deep that makes up the Spice Islands to the limestone isles of Raja Ampat and the sumptuous yet critically endangered tigers of Sumatra, this is a once-in-a-lifetime voyage through remote, unforgettable locations. The three-week journey begins in Kuala Lumpur before flying southeast to Ambon, where VistaJet Members embark on a magical cruise in search of Yoisi, the Moon-Queen of the Moluccans and Nyi Roro Kidul, the queen of the Southern Sea in Javanese mythology. A cruise in pursuit of the moon will take you to explore these remote islands that were, in the 16th century, an important strategic base for the highly profitable spice trade and are today a natural treasure of incredible beauty and history.

On board a magnificent 65m wooden sailing yacht, Members will cruise through the Spice Islands to discover natural wonders underwater, meet with the Alifuru tribe to witness a traditional warrior dance, visit the Manuela National Park to see endemic wildlife, walk through the historical nutmeg plantations in Banda Bearm, and even take part in the Kora-Kora war ceremonial in Pulau Ai. After stopping on the tiny island of Koon, a veritable natural aquarium of turquoise waters, we will sail north towards Misool and Raja Ampat, the world’s most bio-diverse marine ecosystem.

The journey concludes on the island of Sumatra, where Members can spend the remaining days of the trip helping to protect the last majestic tigers of Sumatra in a private conservation area in the Sumatran rain forest.

A Refined Tsukimi in Japan

During Tsukimi in Japan, family and friends gather under the full moon with seasonal food and sake as offerings to the moon, traditionally as a prayer for a good harvest. VistaJet’s version of Tsukimi brings Members to Japan, following the moon’s phases to create refined Kaisekis (traditional Japanese multi-course dinner) at every step.

Key destinations include La Paz, Tiwanaku, Lake Titicaca (island of the sun and island of the moon), Raqchi Archaeological Park, Vinicuna, Sacred Valley (Aguas Calientes, Moray, Ollantaytambo, Machu Picchu, Cusco), Arequipa, Colca Valley, Nazca, Vilcabamba and Lima. The trip will culminate in an extraordinary private ceremony to the full moon held in one of Japan’s most beautiful temples with an unseen dance and taiko performance.

This is a sophisticated ten-day-long voyage through Japan’s ancient traditions, history, philosophy and arts. A one-of-a-kind voyage linking the origins of Japan by meeting with the country’s oldest tribe, the Ainu people, discovering the ruins of Asuka (the Imperial capital from 538 to 710 AD), sites such as Engaku-Ji, Eikando, Toshogu, and so much more. This trip can be extended to discover some of the most outstanding natural places in Japan and see the incredible wildlife of those remote areas. 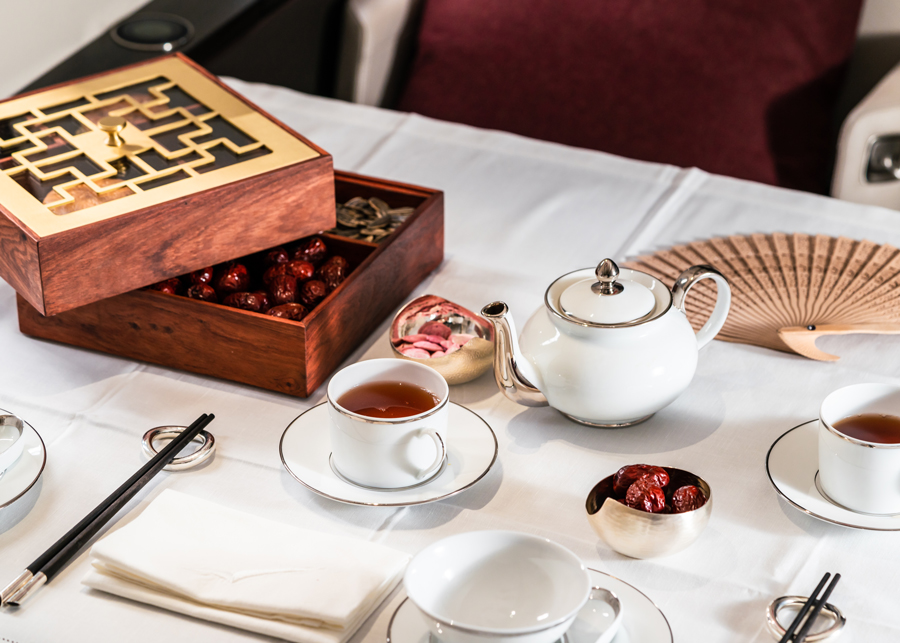